There has been a lot of anticipation for Hrithik and Saif’s take on the South Asian cult film since its initial presentation as a Hindi rendition. Finally, the movie has now got on big screens. The eager wait of fans has come to an end and it seems that fans are responding well to the movie. The buzz was palpable when Hrithik Roshan and Saif Ali Khan were cast in the Hindi version of the blockbuster drama Vikram-Vedha, which was first produced in the south. The same filmmaker team, Pushkar and Gayatri, who served as the captains of the original, helmed the Hindi version. Fans have been eagerly waiting for the movie ever since the first images from the film were unveiled on Hrithik’s birthday. The clip gives off intriguing first impressions; each scene has a menacing undertone, and they are all filmed in rural settings. At first glance, it appears to be a cat and mouse game. Hrithik portrays a ruthless underworld boss who simply kills for sport. Although his dialect pulls you back to reality, there is almost a psychotic element about it. He looks intense and fierce. His persona is something really different. As a police officer who thinks that because he is the cop and whatever they do is always the right thing, he has moral superiority over other people, Saif Ali Khan looks lovely and sharp in the role. The face-off and tough confrontation between Saif and Hrithik is something which is a key element of the movie.

The movie also has the presence of Radhika Apte and Rohit Saraf in a pivotal role. The storyline is exactly similar to what was expected of a remake, Hrithik and Saif have delivered their best and tried to justify their character portrayals in the movie. 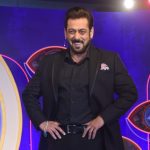 BIGG BOSS 16TH SEASON FOUR NEWLY THEMED BEDROOMS. SALMAN KHAN WILL BE HOSTING FROM INSIDE THE HOUSE ?
Next Article 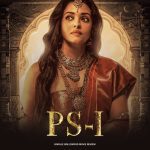