Ramya Krishna and Vijay Deverakonda are both from Karimnagar. Mumbai serves as the setting for the movie. The plot of Liger centres around Vijay Deverakonda, an underdog with a big goal to win an MMA championship. However, Vijay Deverakonda deals with a lot of difficulties as a result of his stuttering issue. How Deverakonda’s mother Ramya Krishan supports him in achieving his goals and things which his father does in order to make his son reach his desire goals forms the major part of the tale and narrative. Well as per review and analysis, the direction of the movie is weak, the storyline is okay wnd the performance acting and persona potrayal is good.
On the film, Vijay Deverakonda’s physical metamorphosis is rather obvious. Beyond all expectations, Vijay Deverakonda does credit to his part. Deverakonda perfectly captures his persona, and his language is simply excellent. It takes a lot of practise to perform, and it is clear that Deverakonda has put in a lot of effort to do it with ease. However, Vijay Deverakonda needs to work on his dancing. There is no room for performance for Ananya Panday’s persona in Liger. In the movie, Ramya Krishna does a good job. Despite having a significant role in the movie, Puri Jagannadh didn’t fully utilise Mike Tyson’s persona. In their various roles, Rohit Roy, Vishnu Reddy, Get Up Srinu, and others do alright. Despite the usual drama of mother feeling, Liger is worth watching because of Vijay Deverakonda’s performance. It’s worth seeing the sequences with the mother and boy.
Well there was massive and vigorous promotional activities were carried out. The hype amongst the audience while promotional events showed the excitement they had for the film. Well now that the film has released, there is also a bit of dissapointment that lies somewhere round the corner but the acting of the two leads Vijay Deverokonda and Ananya Panday had given a sort of hype in the film. 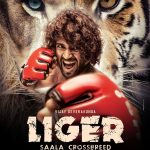 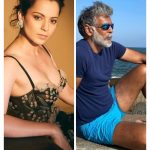 Kanaga Ranaut’s Emergency to have Milind Soman in this character. Deets inside.