Helmed by Jagdeep Sidhu who has been known for multiple hits like the Qismat series of movies, shadaa, Surkhi bindi. Just today released his latest project with Sargun Mehta along with Acting Debutant and known singer Gitaz Bindrakhia.

Much anticipated movie which had the audience waiting to see their favourite performers on the silver screen once again.

Starring Sargun Mehta as the leading lady of the movies and of audiences’ hearts, After her recent Bollywood Debut with non-other than the Khiladi of Bollywood Akshay Kumar. Her fans and audiences alike had been waiting to see her in the leading role once again.

Also, the Character of the Male leading actor In the movie is performed by Gitaz Bindrakhia, who is known for his singing talents as well as his late father the Legendary Surjit Bindrakhia. Makes his acting debut with “MOH”.

Talking about the movie,

It’s a new attempt on the same old Punjabi cliche, the Great question of whose gonna marry who? will the parents agree? Or society will they object or won’t they? I mean as a Society its most important task is to comment and judge on couples, isn’t it?

“MOH” has only one unique take on it which is leading lady of the movie is shown to be a bit older than the leading man. This is why it is said it’s the same old question with a new unique take.

The story revolves around the tragedies they face both as an individual and as a couple,

The acting has to be appreciated Sargun has always ruled the hearts of her audience and fans, especially when working on a Jagdeep sidhu directorial be it Qismat 1 or Qismat 2.

Gitaz Bindrakhia, a Singer and now also an actor. Seems like living up to the reputation that comes along with his Surname. He has been loved by the audience for his performance and skills.

Jagdeep Sidhu Mostly covers the Topic of weddings and marriages. Yet again with “MOH”. It’s the same old concept with just a new tangent attached along.

Overall, it was a much-anticipated movie, which did not meet the expectation. 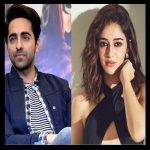 Dream Girl 2 to be released on this date. Read deets to know more.
Next Article