It’s been quite some time since we saw a movie solely based on “LOVE” and “LOSS”.

Starring Dulquer Salmaan, Mrunal Thakur and Rashmika Mandanna in lead roles, Sita Ramam is a graphically beautiful tale. It consists of all the ingredients, that make it a classic love story, yet one can’t help but feel that something somewhere in the movie was missing. The film has been set in between two time periods — the 1960s and the 1980s. It starts as a young Pakistani woman, Afreen, burns the car of a respected Indian figure in London in the 1980s. Her hatred for anything or anyone Indian has been as set as the main character point in the plot. She is the symbolic figure of animosity and hatred that brewed between India and Pakistan after the partition. Her hatred for India doesn’t derive from her family’s experience though. She is the grandchild of Brigadier Taariq, who clearly doesn’t like her blind hatred for the neighbouring country.
On the other end of the script is Lt.Ram.who isn’t interested in one’s religion and nationality, while keeping his patriotism intact. This young man, who went beyond his duty in the army is celebrated for preventing a massacre in a Hindu majority village in Kashmir. He resolved the misunderstanding that arises among Local Muslims after young men are killed by the army. They have credible information about illegal immigrant teens who have crossed borders to do as their leader instructed them. Ram bravely takes a stand between the two groups of Muslims and Hindus, not caring about his own life to ensure that terror doesn’t rain upon Kashmir.

The combination and contradictions due to hatred and love are visible throughout the movie in a very well-presented manner. There is Sitamahalakshmi and Ram. Before his death, Afreen’s grandfather told her about his last wish and condition for Afreen, which is that she will get to inherit his wealth only upon completion of his last wish. As Afreen needed some money urgently, Afreen accepts the mission and on the journey to her destination, she realises that her resentment toward her neighbours is unnecessary and not needed. It is a refreshing movie if you are in for a tale of love, loss and closure. Each actor played their character as expected with perfection, Director and writer have their complete attention to every detail be it of characters or storyline. 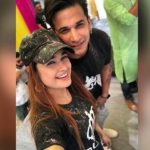 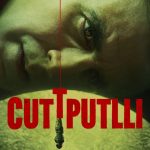