In the romantic comedy Plan A Plan B, Riteish Deshmukh and Tamannaah Bhatia share their first on-screen interaction. The much-anticipated drama started streaming today on Netflix. Riteish portrays a family law specialist, while Tamannaah plays a matchmaker in the upcoming film directed by Shashanka Ghosh. The storyline revolves around Kosty Portrayed by Riteish approaching Nirali portrayed by Tamannaah with an original business proposition. He invites her to assist him in his plans to organise divorces. Plan A is to arrange marriages. Plan B: I take care of their divorce citations, he said. Sounds interesting, isn’t it? Ritesh is a lawyer whose idea of relationships is to use online dating, “right swipe,” and then move on. “Marriage is a punishment, Your Honor” Riteish Deshmukh is heard stating in a scene. Tamannaah, in contrast, is not married even though she is a highly desirable matchmaker.  Love, marriages, and relationships endure a lifetime, Tamannaah says to another customer in a scene. Riteish is described by Tamannaah as “haughty and pompous” and a “pain in the neck.” Well seems like a tough face-off, yes we felt the same but the main question now comes in, is what happens after they combine, is it something more vast than our expectations or is it that old comedy drama? Well, to know this, you need to surely watch the venture. The movie starts on an easy pace setting the plot properly, though it’s not like those old days when the directors used to explain early on why each leading character behaves the way they are shown portraying.

After the initial setup, there are multiple clashes between the two leads, though it’s made clear that both have had an ugly breakup and haven’t moved on from their respective exes.

There are some fun moments, but other than that it’s very plain, the movie doesn’t engage you like it’s usually expected from movies that Riteish Deshmukh chooses to perform in.

But have some patience after initial 30-40mins it starts to get interesting.

Overall, we would like to say it’s a nice Movie for the weekend, released by Netflix just in time.

So, while you enjoy your Sunday take it easy before the Hues of the Monday Blues kick in.

Plan A Plan B is an easy watch and should be tried. 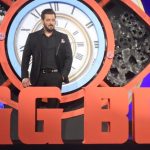