The much anticipated family drama of Akshay Kumar has took to big screens today. Seems like fans and movie goers are loving it and giving warmth on the auspicious eve of Raksha Bandhan. Raksha Bandhan’s story surround in where, Lala Kedarnath, the oldest and sole brother, is responsible for arranging the marriage of the four sisters. He then makes a determined effort to make sure his sisters were married before he marries Sapna, his childhood sweetheart. Does fate have other ideas for him, or will he be able to keep his promises? Lala Kedarnath (Akshay Kumar) operates a pushtaini gol gappa (panipuri) shop in Chandni Chowk, where the movie rapidly picks up. He is well-liked, especially by expectant mothers who think that if they consume gol gappas from his store, they might give birth to a son. Four smart and responsible sisters surround him in his private life as well.
On his mother’s deathbed, Lala promised her that he would wait to get married until he had successfully placed his sisters in suitable marriages. He makes every effort to marry off his sisters, but after carefully vetting all potential suitors, he is unsuccessful. Lala’s dedication to his sisters often gets in the way of his relationship with Sapna. This element is something which catches the viewers eyes as in the traditional family, things go this way only. The elder of all, needs to sacrifice himself and make the younger person settle down. Following Atrangi Re,  director Aanand L. Rai and author Himanshu Sharma worked together once more. This incredibly straightforward and sympathetic familial story was co-written by Kanika Dhillon. The environment that  Anand L Rai builds beautifully captures the love and support that siblings have for one another. Lala’s sisters’ banter and camaraderie make the first half easygoing, but the second half becomes more emotionally charged and becomes a societal criticism. As a result, the narrative becomes monotonous and repetitious in the later chapters, leaving you to wonder where it’s all going. The script could have been more powerful, clear and impactful. 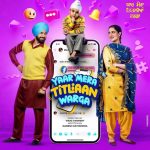 Much anticipated trailer of “Yaar Mera Titliyan Warga” out.
Next Article 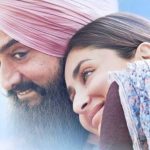