The much anticipated movie Saroj Ka Rishta has finally released. Saroj,the protagonist who is self sufficient bold young woman, decides to alter her physique in a hope that the man she has loved since she was in high school will one day propose to her. How successful she is in this endeavour plays a significant role in the story.
Although Saroj Sharma (Sanah Kapur) is on the larger side of the scale, she is very content with how she looks. She exudes confidence and self-assurance, which catches the eye of photographer and gym trainer Shantanu (Gaurav Pandey). However, Saroj gets way to have a body makeover for getting married to her childhood love interest Vikram (Randeep Rai). When Vikram unexpectedly shows up in Ghaziabad, her findings go astray. The rest of the story depends on whether Saroj marries Vikram or accepts Shantanu’s love. Saroj Ka Rishta had a lot of potential for humorous moments, lots of room for humour, and a lot of dramatic twists that may have improved the narrative the movie was trying to convey. The story ultimately consists of a number of plodding, predictable, and comical moments.The dialogue and script have the potential to raise the narrative to a higher level but they bit of pulled down which had reduced that spice element and made it a bit tiresome. Clearly, the movie could have used a better cut.Overall, “Saroj Ka Rishta” has the potential to be a timeless Hindi comedy about marriages in rural India, highlighting how good upbringing can give females self-assurance and confidence regardless of their physical looks. But this plot helmed by Abhishek Saxena, comes out as a simple efforts to revolve comic factor about a girl who becomes determined with her weight in order to win over a man. The movie supposedly is supposed to get a 3 out of 5 stars. 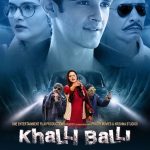 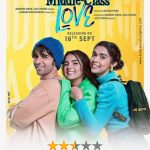