Well, well! The most anticipated movie, “Shamshera,” finally hits the theatres. With the premiere of their movie Shamshera today, Ranbir Kapoor, Vaani Kapoor, and Sanjay Dutt are the centre of attention. The huge premiere of Ranbir and Sanjay has audiences giddy with anticipation. Well, this is Ranbir’s first appearance on the big screen in over 4 years. The actors were sighted at a multiplex in Mumbai to commemorate the movie’s release with the fans. Both Vaani and Ranbir looked fabulous in their outfits and appeared to be having fun as they posed for pictures. In this movie, the actor Sanjay Dutt portrays Shuddh Singh (a negative role), and Ranbir’s love interest is portrayed by Vaani Kapoor as Sona. The film also stars Ashutosh Rana, Saurabh Shukla and Ronit Roy. directed by Karan Malhotra, music by Mithun and produced under the banner of Yash Raj Films. The movie is released in Hindi as well as in the South Indian languages of Telugu and Tamil. Not in India but in many countries, such as the USA, UK, UAE, Canada, Australia etc. 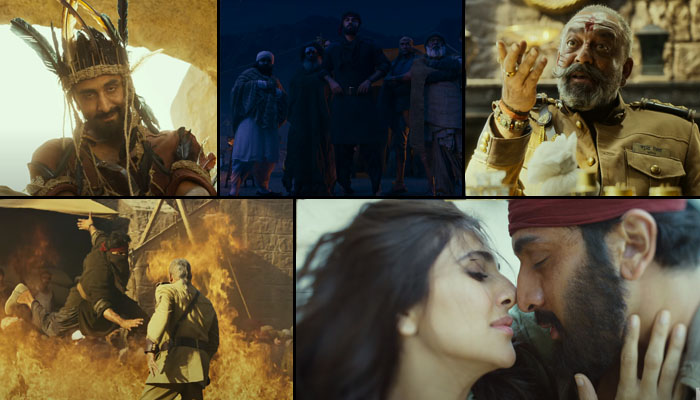 From the VFX of the film, to the background music, to the editing, everything is really amazing. We can definitely say that Shamshera is the best film of Ranbir’s career so far. He can be seen in a different role, which suits him perfectly. Talking about the performance of Vaani Kapoor, you will get to know that she did a lot of hard work for this film. She simply kills her role.

Shamshera is a full drama and action packed movie, which you should definitely watch, as you will enjoy the whole fun that comes after watching this movie.