Teri Meri Gal Ban Gayi, much anticipated Punjabi gets onboard today. The plot of “Teri Meri Gal Ban Gayi” centres on the developing romance among Guri (Rubina), an Ambala-based college student, and Navi (Akhil), the Amritsar-born son of a businessman. She is the only female in her family of three, which also includes her grandfather Kewal Singh (Puneet Issar) and her simpleton father Kartar Singh (Guggu Gill). When she falls in love with an Amritsari man, her family worries about her because she’ll have to move far away (to be precise 250kms). However, Guri worries about her father, who would be left alone if she marries. Will the couple have to break up or will they manage to solve their issue? Preeti Sapru, a former actress who is now the movie’s writer, director, and producer, blends multiple storylines into one, particularly many of the concerning familial love, on-the-rise romance, and some sophisticated thinking by various generations. The tale seems to have a good idea on paper, the writing and execution are fine as visible on screen. The first half moves slowly and deliberately as it establishes the relationship between Guri and Navi and their problems. After the intermission, the film’s aspect undergoes a significant transformation. The drama begins with a lot of laughter and turmoil, which is entertaining to watch, but it shortly fizzles out and resumes its rapid-fire pace.
The film certainly have an emotional impact, but a significant problem that lingered the entire time was its erratic pace. With careful editing, the 145-minute drama might have been considerably cut down. The songs are hummable, but after a while they start to feel like extraneous filler to increase the running time. Unlike other Punjabi films, which are renowned for their excellent humour, this one lacked humour. The movie’s humour was largely average and sometimes felt strained. All over the movie accordingly deserves a 3/5 rating. 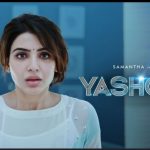 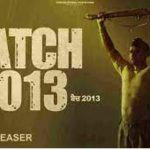