Ajay Devgan and Sidharth Malhotra starrer Thankgod has released on screen today. The movie was already very anticipated because of it’s song Manike, which is the hindi version of Srilankan song sung by Suhani. The movie is helmed by Indra Kumar who has given bollywood several comic films like Great Grand Masti, Masti and Dhamaal. Now finally he is back again but this time with a family comic drama which not only has received a positive response but also has done pretty well in the theatres since its opening. Alongwith Ajay Devgan and Sidharth Malhotra, Rakul Preet Singh is the one who will be seen in the lead characters. We also have Kiku Sharda, Seema Pahwa and Soundarya Sharma in the titular role. Now giving a outlook on their performance and over all plot, Thankgod is a family drama which involves some sort of teachings too but in a funny way. Unlike other ventures of Indra, Thankgod is not an adult comedy infact it’s the plot which will make you laugh from the beginning and at the end it will give a message which will force you to change the way you live. Well Thankgod basically highlights the elements of Jealousy, Greediness and Self Pride. The movie teaches us to try getting deviated from these three elements which are already existing in the human nature.
The movie’s plot is as similar to the trailer shown. There is no such twists or turns. But this won’t specify that you will get bored by watching the movie. The movie is packed with entertaining factors. Ajay has potrayed his persona really well. The mystery and gestured looks worked well for Ajay. The most suprising reaction was for Sidharth’s performance as he delivered a brillant performance on screen. Rakul also was really descent on screen. The movie is definately slated to have a 4 out of 5 stars. 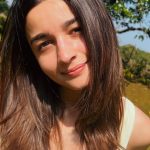