The much anticipated news about the film which we all were waiting had finally been revealed. For those who are unversed, the announcement for this film was done in the month of February and now the preparation has finally begun. Just some time ago we received the exclusive glimpse of Sanya Malhotra on the stories of Aarrati Kadav in which Sanya Malhotra was seen covering her face with a script but the name of the film was not visible on the script. But Sanya had solved our problem by revealing the title of her next film. Sanya took over her instagram and shared the picture of a script where in the titke of the film was clearly displayed which was “Kitchen”. Well for the readers information, the film was revealed few months back and it was also stated that the film is specified altered remake form of Malyalam movie “The Great Indian Kitchen” which was released in the month of 2021. Well now the title of the film has been revealed and it has also been understood that Sanya has started reading the script which definately signifies that the shooting for the film will soon be started within no time. Well we would also like to reveal that the film has been adapted by Anu Singh Chaudhary, will be produced by Harman Baweja and Vicky Bahei and the film will be helmed by Arati Kadav. But till now there has been no update on who will be starred opposite Sanya as her husband in the movie. The original film has received Best Screenplay in the state of Kerela. Now we need to wait how does the hindi remake works and what will be the reaction of audience towards the film.
Sanya Malhotra was last seen in her amazing persona in the movie Hit- The First Case alongside Rajkumar Rao. 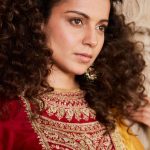 Kangana Ranaut gets her guru on board for cameo in Emergency. Deets inside.
Next Article 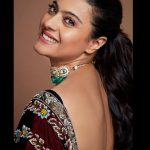