The first image from the heist thriller Chor Nikal Ke Bhaga has been revealed by Netflix India as part of their Har Din Filmy slate, which highlights its upcoming Indian content. The film’s two lead stars, Yami Gautam and Sunny Kaushal, are included in the BTS shots from the production of the video. We can Yami Gautam and Sunny Kaushal in the Behind The Scenes picture and working on his official instagram id. Well it seems lot of thrill and fun and the way the team is setting up the shooting schedule is something which is really hyping the interest of the viewers. The plane schooring schedule shows how dedicated the entire team is towards the filming of this movie. Definately the chaos is clearly visible and hence the filming must have been quiet difficult. We can see Sunny Kaushal’s injured look where in he is seen struggling with the make up.

In the pictures dropped by Sunny Kaushal we can see the chemistry between Sunny and Yami. In the Behind The Scenes vedio dropped by Sunny we can see Yami Gautam serving as the air hostess probably. We can assume a love story which started all from a single flight. Or we can assume the end of a relationship after the tough incident happens. This will only be clear when the movie gets on board and starts streaming on Netflix. A diamond robbery will serve as the basis for the suspenseful thriller Chor Nikal Ke Bhaaga. Yami Gautam Dhar is an Indian actress best known for her work in Hindi movies.She gained notoriety after appearing in a few Glow & Lovely commercials. She started acting in television series before moving on to South Indian films and eventually Bollywood. She was recently seen in movies like Bhooth Police, A Thursday, Dasvi etc. In the light entertainment Sunshine Music Tours & Travels, Kaushal screen debut after aiding on My Friend Pinto and Gunday. Later, he played major parts in Bhangra Paa Le (2020) and Shiddat as well as supporting roles in the sports biography Gold. Kaushal also seen as lead in The Forgotten Army – Azaadi Ke Liye on Amazon Prime Video. 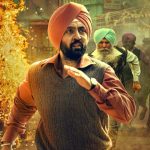 Diljit Dosanjh to be seen without Turban for the first time in this movie. Deets inside.
Next Article 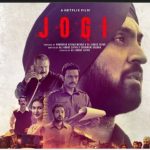