Shah Rukh Khan and Deepika Padukone, two Bollywood actors, have captivated audiences with their on-screen connection. Despite the fact that the pair hadn’t been seen on a large screen since 2013, the news of Pathaan delighted their followers. Some fans have access to all the information available about the next action movie. So let’s give them an update which will bring not only eager but excitement too. It’s interesting to note that the Padmaavat actress uploaded a photo post on her authorized social media account on Thursday. A screenplay, a marker, and a coffee mug are all visible in the frame, which also includes a microphone. The actress did not provide a description with her post, omitting much background. She did, however, add two hashtags to it: one was WIP, which stands for “work in progress,” and the other was “upcoming movie.” The red heart and fire emojis started pouring into the comments section as soon as the Cocktail star posted the photograph to her social media profile. The post was just embraced with lots of eager comments a d excited fans were just showering love.

John Abraham will play the lead in the new Bollywood movie, which also stars the cast of Chennai Express. Shahrukh’s comeback is not less than a grand bollywood entry. The huge and massive star and King of Bollywood is back with multiple ventures, Pathaan being the most anticipated one. First Looke, Teaser and much more things have been unveiled from the movie which had not just attracted fans towards the movie but has also kept on increasing the anticipation and eagerness. Well Shahrukh Khan’s anticipated venture also includes Jawaan which is directed by Atlee. The actor was latest seen in a cameo role in Brahmastra. Speaking about Deepika, the actress has bought fame to the nation. Recently the actress had become the first ever Indian Brand Ambassador of LVMH. Not only in Bollywood, but the actor is continuing to shine in Hollywood and recently the actor was also one of the jury members of Cannes Film Festival. 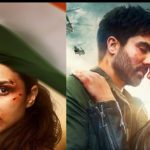 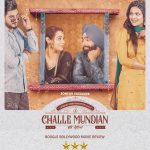