Mohan Raja will soon release the political action movie Godfather in the Indian Telugu language. It is an official remake of the 2019 Malayalam film Lucifer and was made by Konidela Production Company and Super Good Films. In addition to Gangavva and Sunil playing supporting roles, the movie stars Chiranjeevi, Nayanthara, and Satya Dev in the key roles. Salman Khan makes his Telugu film debut, and Puri Jagannadh makes a long cameo. Well now the latest news regarding the movie has left everyone of us in eager and excitment. The much awaited movie’s teaser will soon be released and the official date is also out now. Yes you heard it right. Mega fans and movie buffs eagerly anticipated the exciting news surrounding Mega Star Chiranjeevi’s birthday on August 22. Fans were already getting set to celebrate the event in style. The creators of Mega Star Chiranjeevi’s Grandfather came out with an exciting update in the midst of all this. The film’s much awaited teaser will be premiered on August 21.

The Godfather is scheduled for a movie release in October 2022, Vijayadashami’s festival month. Chiranjeevi’s Konidela Production Company distributed the film throughout all of India through PVR Pictures, and Sarigama Cinemas distributed it internationally through Phars Film. The movie was a lot in anticipation because of Chiranjeevi and Salman Khan’s collaboration. Well Chiranjeevi is a big name in the industry and he has a massive huge fan following too. His ventures are listed on the top even before the release and is the ruler of box office. On the other hand the Dabbang star is the massive name in the Bollywood industry too. Well this will be his first ever Telgu debut and hence is really anticipated by his fans and followers. The much awaited collaboration’s first ever glimpse will be seen by us in some days and the viewers have hyped their excitement to a great level now. 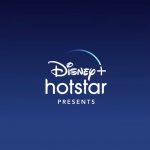 Disney Plus Hotstar unveils the poster of their upcoming venture Cuttputli.
Next Article 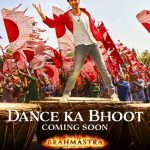