Revathi, who also helmed the national award-winning movie Mitr: My Friend, is the director of the upcoming Hindi-language movie Salaam Venky. The film’s creators are Suraj Singh and Shraddha Agrawal, working on the behalf of their respective entities Blive Productions and Take 23 Studios. The film, which features Kajol in the title role, is based on a true account of a lady and the difficulties she encounters in life. Well now as per latest updates Kajol had begun shooting for this upcoming amazing venture. Revathi and Kajol confirmed the movie on October 7, 2021. The first session was shot in Mumbai on February 11, 2022, when principal photography commenced.The Last Hurrah was the working title when the movie was first announced in October 2021. A photo of the principal actor and the director was included in the announcement. However, when the shooting started, the name was altered to Salaam Venky. Kajal was last seen in Tribhanga. She was also seen in movies like Helicopter Eela, Zero, Tanhaji, Devi, Dilwale, We Are Family, You Me Aur Hum, Fanaa, Kal Ho Na Ho, Kabhi Khushi Kabhi Gham, Kuch Kuch Hota Hai, Pyaar To Hona Hi Tha, Dushman, Humesha, Gupt, Hulchul, Bekhudi, Karan Arjun, Taqat, Dilwale Dulhania Lejayenge etc.Asha Kelunni, best known by her stage name Revathi, is an Indian actress and director who is most recognised for her work in Tamil cinema, as well as Malayalam, Telugu, Hindi, and Kannada films. She has received numerous honours, including six South Filmfare Awards and three National Film Awards in various categories. . She has directed movie like Phir Milenge, Kerela Cafe, Mumbai Cutting etc. Well it will be great to see the collaboration of two very famous women and see what comes out on screen. The take is basically of women empowerment and hence audience are eagerly waiting to have the glimpse of the movie. 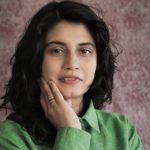 Arati Kadav shared glimpse of her upcoming directorial Kitchen which stars this actress. Deets inside.
Next Article 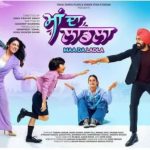