The retribution drama Haddi will star Nawazuddin Siddiqui. The movie’s creators debuted the actor’s first glimpse from the picture on Tuesday. In the interesting motion poster, Nawazuddin was shown as a drag queen sporting gorgeous hair and cosmetics while donning a grey gown. The actor’s “epic” appearance drew rave reviews from fans. The production team for Haddi recently revealed that the movie would debut in 2023.Although Nawazuddin’s expression on the Haddi poster does not reveal much, it piques the interest of the viewers, who appear eager to learn more about his role in the drama made by Zee Studios and Anandita Studios. “Crime has never looked this good before,” read the caption on the motion poster.

Numerous admirers praised Nawazuddin for portraying a distinctive persona in the upcoming revenge drama. Well Siddiqui is known for playing different and unique persona in his respective projects and now that this new look has been revealed, this looks nothing but just fantastic and hence Nawazuddin is receiving much admiration from the viewers. Nawazuddin talked about his role in the movie without giving anything away, saying, “I’ve played a lot of interesting characters, but Haddi is going to be remarkable since I’ll be sporting a never-before-seen look and it’ll also enable me push the envelope as an actor.”Akshat Ajay Sharma co-wrote and directed Haddi with Adamya Bhalla. The filmmaker remarked, “When talking about the Nawazuddin movie, “It’ll be a double whammy because Haddi affords me the chance to work with Nawazuddin. Our team is eager to be delving deeply into a new realm, thus we are hope that the motion poster piques the audience’s interest and we are eager to begin filming “.
Nawazuddin’s most recent appearance on screen was in April’s Heropanti 2, where he played the bad guy. He will shortly be seen in Holy Cow in a supporting role. Tigmanshu Dhulia and Mukesh Bhatt play important parts in the movie. 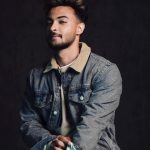 Aayush Sharma announced his next film. Deets inside.
Next Article 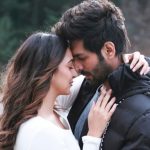