Parineeti Chopra and filmmaker Ribhu Dasgupta are returning to work together. T-Series released the trailer for their upcoming movie, Code Name: Tiranga, on Thursday. The Girl on the Train, a Netflix movie that earned mixed reviews, was the pair’s previous project together. Ribhu Dasgupta, who helmed the very first series of the Netflix spy thriller Bard of Blood, which the streamer appears to have quietly abandoned, makes a comeback to the intelligence genre with Code Name: Tiranga. The programme was the first one that Shah Rukh Khan’s Red Chillies Entertainment created under the terms of its first-look agreement with Netflix. In the large sporting thriller 83 from last year, singer-actor Harrdy Sandhu made his Bollywood acting debut as the legendary cricketer Madan Lal (fondly referred to as Maddi pa by Ranveer Singh’s character Kapil Dev in the movie). The tale of a spy on an unwavering and daring mission for her country in a race against time, when sacrifice is her only option, is told in Code Name: Tiranga. The 45-second trailer suggests that Parineeti will be playing a full-on action character; she hasn’t really delved in the category before. She appears in a few hand-to-hand battle scenes, and later, we also catch a glimpse of her with a rifle. She frames relation with Harrdy, who looks to be potraying as some type of local link in Afghanistan. Last year, Parineeti had three films premiered, The Girl on the Train, the postponed Sandeep Aur Pinky Faraar, and the Saina Nehwal biopic Saina. She will next be seen in Amitabh Bachchan’s Uunchai, directed by Sooraj Barjatya. Specified as: Sharad Kelkar, Rajit Kapoor, Shishir Sharma, and Dibyendu Bhattacharya are also included in Tiranga. On October 14, the movie will be premiered in theatres. Well fans are eagerly waiting for the film to get released. 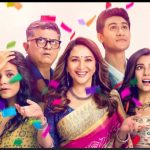 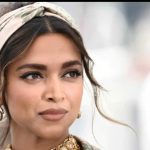 Deepika shares an update from Pathaan. Read details inside.