Fans of Kajol can now put their anticipation to rest as the diva has revealed the date for the premiere of her much anticipated movie Salaam Venky. The good news was announced by Kajol on her social media pages. And our excitment has just hyped. Revathy will be working with Kajol for the first time in a movie as the director of the project. The movie’s earlier title was Last Hurray, per a report. In October of last year, the project was declared. On December 9, 2022, Salaam Venky will be shown in theatres. Kajol quoted her Instagram post and added, “And we have an appointment. On December 9, 2022, Salaam Venky will be shown in a theatre near you. Salaam Venky, a film created by Suuraj Sinngh, Shraddha Agrawal, and Varsha Kukreja under the auspices of BLIVE Productions and RTAKE Studios, is based on a remarkable true tale of the resilience of a mother in the face of adversity. In addition to Kajol, a huge group of extraordinarily skilled performers come together to tell the tale of a heroic mother who has overcome the most trying situations. While the movie’s rest of the desciption has been under the wraps, the pair of Kajol and Revathy are surely going to deliver something really out of this world on screen and fans are excited to witness it. Kajol and Revathy tweeted a snapshot of them holding the clapboard together as Salaam Venky filming began in February 2022. Actress of Kuch Kuch Hota Hai stated in the caption, “We can’t wait to share this very true story from #SalaamVenky with you. On the professional front, Kajol will play the lead role in The Good Wife, a film version of the same-named American political and juridical drama television series. Well fans are really excited to see the venture and see what these duo collaborators have for us. 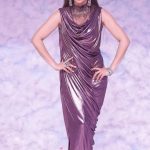 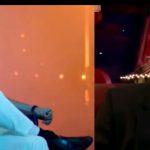 Sajid and Shalin’s fight on Big Boss and will this friendship end or sustain? Read full details inside.