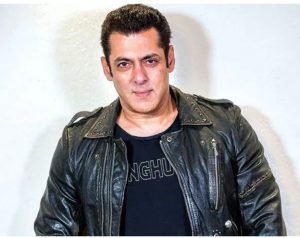 Bollywood superstar Salman Khan, who looks like he got fed up with the continues downpour in Mumbai, rode a bicycle to his movie sets on Saturday.

The Bhaijan took to Twitter and shared a video. He stated that he preferred taking a bicycle ride to the Dabangg 3 sets due to Mumbai rains. 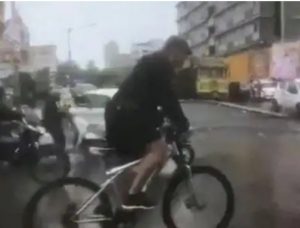 His caption read, “Mumbai city in the rains… Off to the location to shoot for ‘Dabangg 3’.” In the short video clip, the ‘Ready’ star can be seen in black shorts and a zipper paired with a cap, with coop sports shoes. He can also be seen posing for pictures with fans as he stopped at traffic lights.

Life in the metro city was thrown out of gear after torrential rains hit the city earlier this week. However, rains have decreased in the city and the surrounding suburbs on Friday. Though showers were reported at several parts of the city during the intervening night, it can be said that the rain gods have decided to take a break.

As the Southwest Monsoon got dynamic after one week’s brief, five people have lost their lives so far in rain-related incidents in the city.

Meanwhile, directed by Prabhu Deva, Dabangg 3 will see Salman and Prabhu Deva reuniting after Wanted in 2009.

Earlier this week, Salman Khan was in the headlines, when he arranged a meeting with the film producers to increase the security in the sets. This move of the superstar came after a series of pictures were leaked from the movie sets. It is being said that he has also imposed a ban on cellphones in the sets in order to prevent pictures from getting leaked online.