Inspired by true events, Mumbai Saga revolves around a gangster who wants to rule the city and his rival cop who dogs his every step. In the movie, John Abraham plays the character of gangster Amartya Rao and Imran Hashmi essays the role of inspector Vijay Savarkar.

The director of the movie, Sanjay Gupta had already made two films exploring the Mumbai underworld, Shootout at Lokhandwala in 2007 and Shootout at Wadala in 2013. With Mumbai Saga, Gupta has once again proved his consistency. The movie is set in the 1980s and 90s. It takes the audience on a journey showing the transformation of Bombay to Mumbai with old-fashioned swag and dialogue-baazi.  Sanjay’s gangster drama is full of twists and turns, which makes it very interesting.

Mumbai Saga opens on a rocking note.  The audience gets to see the politician-gangster nexus in Mumbai a few decades ago. John Abraham playing the role of main antagonist, will once again be seen wearing a tikka, kohl, tight shirt with his bulging biceps. He looks fantastic in every action scene. Emraan Hashmi’s fans may get a little disappointed as Emraan has a late entry in the movie. Still he manages to steal the show with his one-liners. The female lead Kajal Aggarwal gets a limited scope. Suniel Shetty in his special appearance looks quite stylish.

Mahesh Manjrekar, Amole Gupte and Prateik Babbar leave a mark on the audience with their performances. Dialogues by Sanjay and Vaibhav Vishal are clap worthy. The movie shows how the writers have ensured that the focus remains on the main plot. Their compelling writing does not bore the viewers even for a second.

In a film like Mumbai Saga, music has a limited scope. It consists of only 2 songs, Danka Baja and Shor Machega. The background score is very dramatic and thrilling. 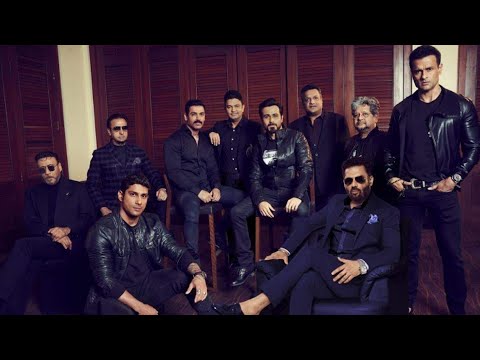 Overall the movie is very entertaining but the climax could have been better.