In an interview, the comedian remarked on working with the Queen star, by saying “mazaa aayega.” “I think that’s the joy of living in a democratic country,” the Lock Upp champion responded when asked if he had fun. You may hold contrary views, but you can always collaborate. Many people had questioned why I was doing this programme. But I recognised it as a way to interact with followers, and I was successful.” 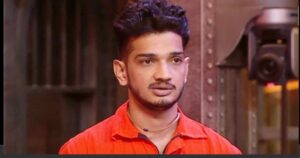 Sources asked Munawar Faruqui, who had been equaled against Payal Rohatgi throughout the voyage, which brought him greater joy and when the question was asked about what gave him more happiness, winning the trophy or defeating Payal. “Of course the trophy,” he responded, laughing. I don’t think defeating someone makes anyone happy. Also, the trophy, not Payal’s defeat, will be with me forever,he cited. Without mentioning Anjali Arora, his journey would be incomplete. Fans had given them the nickname “Munjali” because of their closeness. Many pointed fingers at them for forming a bond for the game, but the two insisted it was just friendship. However, Anjali was recently heard expressing that she believes Munawar befriended her for the game. “Every bond I created on the show was for real,” the comic stated when asked about it. I attempted to defend the one closest to me so that we could expel our rivals. I never attempted to manipulate people. I believe there must be a cause for her feelings. But she was and always will be a terrific friend.”
Munawar Faruqui received a cash award of Rs 20 lakh and a brand new vehicle in addition to the trophy. The first and second runners-up were declared as Payal Rohatgi and Anjali Arora, respectively. 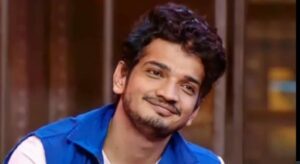 Aryan Khan, the son of Shah Rukh Khan, will not be making his directorial...