Dharma Productions is back with a bang. Recently on their instagram official account named Dharma Two Point O had uploaded something full of mystery and suprise. Well the news is pretty massive. It seems like there will a collaboration soon between Allu Arjun and Dharma Productions. Yes you heard it right and to know what the announcement is we just need to have patience for three more days. As per announcement it seems like there is a song which will be released and in te lead we will see Allu Arjun and the track will be sung by Armaan Mallick and there is an international band involved too. The band is named as Trive Da Loca. The music for this is given by Lost Stories Music and whole of this is produced by Karan Johar and Coke Studio.

Fans are getting no calm as they will seon witness Allu Arjun in the music vedio. Well seems like the song will definately be a world wide bock buster as involves people from international industry too. Armaan Mallick already has a well versed and known name in domestic and international boundaries. He has worked with Ed Sheeran and also had released his partial english song “Think About You”. Allu Arjun who is the popular fame of Pushpa also aas a well established name in the South Industry. He has a well settled and a hug fan base who have enormous love for him. The craze for him after Pushpa-The Rise had definately increased and hence the recent announcement has been in the eyes of audiences too. Karan Johar, the producer has been into the news lately. His upcoming venture titled Rocky Aur Rani Ki Prem Kahani will be released soon. He is making headlines because of his hot gossip show “Koffee With Karan”. While celebrity spill beans on their naughty outlets, Karan Johar too makes controversial headlines. Well we are waiting for the release of this much anticipated song. 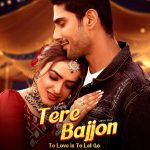 Prateik Babbar and Simi Chahal collaborate for the first time in Jatinder Shah’s directorial.
Next Article 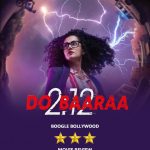