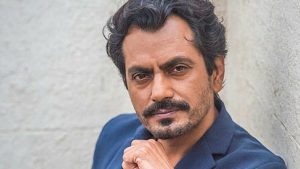 The film is backed by Sony Pictures Films Ltd. Director Sabbir Khan is thrilled about this upcoming venture, when asked about the makers feelings about the film, he said that, they have always been on the same page about the creative direction and cinematic experiences and they are equally enthusiastic about this story, and working with such a strong star cast will be a great experience. He further said that they are hoping that the film goes on to be a big hit. The makers shared a small glimpse for the audience of how the movie is going to be like, and what the fans can expect from it.