Bollywood’s superstar Shah Rukh Khan’s son Aryan Khan who was arrested by the Narcotics Control Bureau (NCB) along with seven others on 3rd October, Sunday, due to alleged involvement in the consumption and smuggling of illegal drugs in a rave party on a cruise ship in Mumbai has been denied of bail as of now. Reportedly, Aryan Khan’s custody has been extended till 7th October by the NCB. Aryan’s lawyer Satish Maneshinde had applied for bail on Sunday and the hearing took place on Monday afternoon. But, a Mumbai Court accepted NCB’s plea that demanded Aryan Khan and his friends custody to be extended after drugs were seized from the rave party.

The NCB also presented Whatsapp chats that had proof of discussions about cash transactions for drugs. 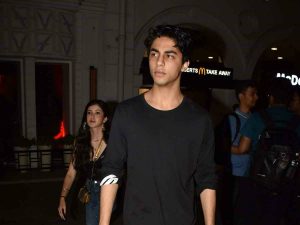 Apart from Aryan Khan, the three people whose custody has been extended are Arbaaz Merchant and fashion designer Munmun Dhamecha.