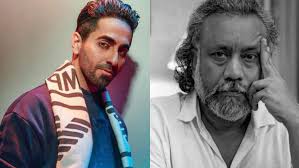 After ‘Mulk’ ‘Article 15’ and ‘Thappad’, the director is gearing up to start work on his next, ‘Anek’action thriller with Ayushmann Khurrana, who has been winning awards for his performance in ‘Article 15’, their first collaboration.

In his column, Indian film critic Rajeev Masand wrote, that Ayushmann will next star in ‘Anek’. The film will be directed by ‘Thappad’ film director Anubhav Sinha. The film’s shooting will begin in April.

When we met Ayushmann, shortly after he won the 65th Filmfare Award for the Best Actor (Critics Choice), he had hinted at working with Anubhav again.

Anubhav said, “After I go back to Mumbai (the award event was held in Guwahati, Assam), I will start chasing Anubhav Sinha and Sriram Raghavan for films in which they don’t see me fitting in. It’s so strange that they had both not visualized me in the characters that I played in AndhaDhun and Article 15. I would love to work with them again, really soon.”

Anubhav and Ayushmann will collaborate on an action-thriller that is targeted for October 16 this year.