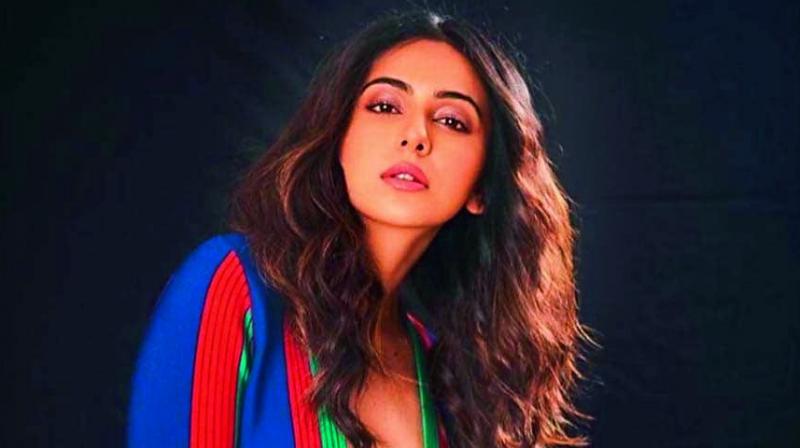 As on Friday night, various reports claim that Rhea has disclosed the names of 25 Bollywood celebrities in the drug case. The list apparently includes names of A-list actors, directors, casting directors, producers and designers, among others. Reports also suggest that Narcotics Control Bureau (NCB) will soon issue summons to the 25 celebrities, including the above celebrities.

Even as the central probe body is now focusing on interrogating various A, B and C level grade celebrities, its investigating body has been raiding various locations in Mumbai and Goa based on the information provided by the drug peddler, Anuj Keshwani.

NCB had arrested Rhea and her brother Showik Chakraborty under the Narcotic Drugs and Psychotropic Substances (NDPS) Act. She is in judicial custody till 22 September after her bail plea was rejected by the Sessions Court.

While Rhea’s confessions about Rakul have sent shock waves across Tollywood circles, Rakul seems rather nonchalant about her name coming up during the investigation.

Sources on the sets of the Sarrainodu star’s current Telugu film tell us that she had discussed with the makers after her name cropped up in media with regards to the drug probe. Apparently, Rakul is believed to have even said that she had done nothing wrong and has nothing to do with the said issue.

“Rakul shot till late on Friday night and showed no signs of stress and looked nonchalant because she said that she did not do anything wrong. She had wrapped up the day’s shoot and was seen in a jovial mood,” said someone on the sets, requesting anonymity.

The Tollywood actress apparently has more support coming her way. Screenwriter and producer Kona Venkat, who has worked with Rakul in films such as Pandaga Chesko, Bruce Lee and Loukyam, has rubbished all rumours surfacing about the actress.

Describing Rakul as a name synonym with hard work and discipline, he states that he’s known the actress for several years, claiming that he is even witness to the efforts she has put in to reach where she is today.

“A few people are trying to assassinate her character  and career as they envy her success. She was the Telangana brand ambassador for the ‘No to Drugs’ campaign, and her fitness videos on her social media are an example of how big a fitness enthusiast she is. Let the investigative agencies do their job and the truth will prevail,” says Kona Venkat.