It was recently revealed that the eagerly anticipated Dharma Productions movie Rocky Aur Rani Ki Prem Kahani, which is helmed by Karan Johar, won’t be ready for Valentine’s Day 2023. The romantic comedy, starring Alia Bhatt, was allegedly moved ahead of its original February 10 release date because of her pregnancy. Another update from Dharma Productions provided a few days later stated that Selfiee, starring Akshay Kumar, Emraan Hashmi, Diana Penty, and Nushratt Bharuccha, would be released in theatres on February 24, 2023. The sources have recently learned that the launch date of another Dharma movie would also shift. Mr. and Mrs. Mahi, featuring Rajkummar Rao and Janhvi Kapoor, was set to release on October 7. The shooting has, however, been postponed. A large amount of the movie still has to be filmed, despite the fact that production on it started in May of this year. It will thus be unable to arrive by October. Soon, a new launch date would be revealed. The movie will probably hit theatres during the first quarter of 2023.

Director Sharan Sharma, whose first film was Gunjan Saxena – The Kargil Girl, is behind the camera for Mr. and Mrs. Mahi (2020). In November 2021, the sources revealed Sharan’s upcoming movie will be called Mr. and Mrs. Mahi. Images of Janhvi practising with Dinesh Karthik for her part as a cricket player were released by the film’s creators in January 2022. 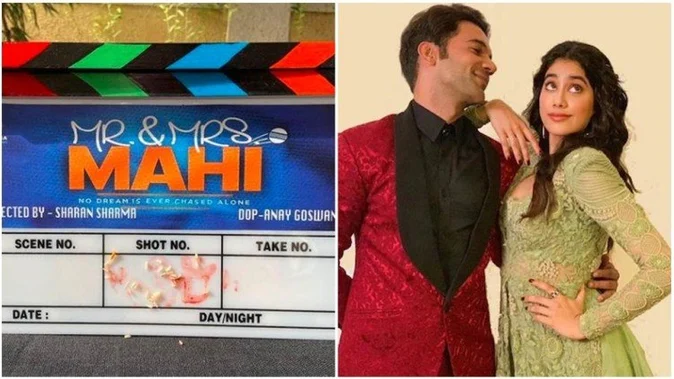 The insider stated, “Dharma Productions has 2 more movies: Yodha, featuring Sidharth Malhotra and Raashii Khanna, and Govinda Naam Mera, starring Vicky Kaushal, Kiara Advani, and Bhumi Pednekar. Most likely, these two movies would be the first to hit theatres, followed by Mr. and Mrs. Mahi. In a few weeks, a clearer image would appear.

As per the reports, the only movie still slated for release during the first week of October is Tejas, starring Kangana Ranaut, as Mr. and Mrs. Mahi was postponed and Phone Bhoot was shifted to November 4. To capitalise on the Dussehra holiday, it will be released in theatres on Wednesday, October 5. On this day, one additional movie can be released because it will have a clear run for two weeks. This is due to the fact that no noteworthy movies will be released on October 14 due to the pre-Diwali week.