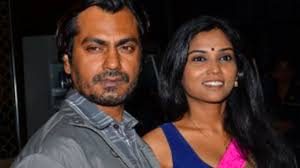 Nawazuddin Siddiqui’s wife Aaliya sent the actor a legal notice seeking divorce. While he is away in Budhana to be with his ailing mother, Aaliya’s notice was sent to him through email and WhatsApp. Opening up about their marriage, Aaliya told a news portal that Nawaz never raised his hands on her but the shouting and arguments were unbearable.

She has also alleged that the actor’s family had mentally and physically tortured her while Nawaz’s brother had even hit her. Aaliya has alleged that Nawazuddin Siddiqui’s first wife also left him for this reason.

Aaliya has demanded sole custody of their two kids. She has reportedly stated that Nawaz has not met the kids since the past 3-4 months, that he doesn’t care and the kids too don’t as for him.

Aaliya had said that there is no chance of reconciliation now, “Self-respect is extremely important in a marriage. Woh meri khatam ho chuki thi, I didn’t have that. I was made to feel like a nobody, I always felt alone. His brother Shamas was also an issue.

I have gone back to my original name, Anjana Kishor Pandey. I don’t want to be reminded that I am using someone’s identity for my benefit. I want to go with the flow. I haven’t thought much about the future, but I don’t want this marriage anymore. There are no chances of reconciliation.”

rubbalchauhan May 20, 2020
Previous Article Oscars 2021 May Be Postponed Due To Coronavirus
Next Article Salman Khan’s Food Truck “Being Haangryy” Distributes Rations To Mumbai’s Needy