In their next film “Animal,” actors Ranbir Kapoor and Anil Kapoor will appear together onscreen. Now, a photo from the movie set has made its way online showing RK and AK with clean shaved appearances. The ensemble is reportedly presently filming in Saif Ali Khan’s Pataudi Palace in Delhi. For the shoot, both actors were dressed in black. Anil donned a shirt with jeans, while Ranbir wore a turtleneck t-shirt with colour coordinated pants and shoes. An Instagram user going by the handle @anamkhanmakeup posted the image.

The cast of the forthcoming movie Animal previously shot in Manali in April, and images of Ranbir Kapoor and main actress Rashmika Mandanna from the shoot have since circulated online. On the first day of filming, a fan noticed Ranbir and Rashmika, and their images quickly went popular on social media. Rashmika was wearing a red-and-white sari, and Ranbir was wearing a white kurta combo in the photo that was later leaked from the set. 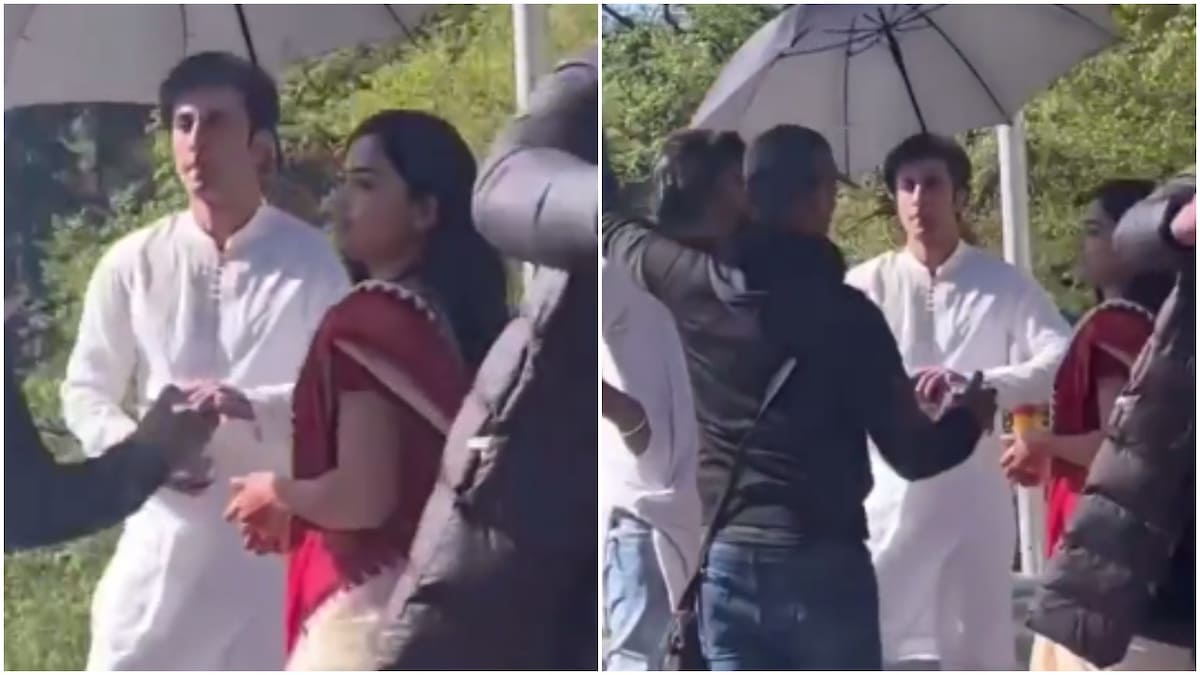 Sandeep Reddy Vanga and Ranbir Kapoor have previously worked together on the film Animal. The movie is also Rashmika Mandanna’s third Bollywood production after Mission Majnu and Goodbye.

Ayan Mukerji’s film Brahmastra, which stars Ranbir Kapoor and was last seen in the movie Shamshera, which hit the theatres on September 9th, 2022.