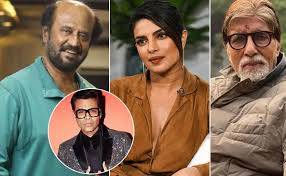 Short film ‘Family’, which spreads awareness about Coronavirus outbreak, released on Sony TV on Monday . The film, which talks about the importance of staying indoors in times of the COVID-19 pandemic, got a big shout out from filmmaker Karan Johar, who appreciated team ‘Family’ on social media.

At the end of the short film, Amitabh Bachchan called the Indian film industry a “family” and said that the film fraternity would make donations to daily wage workers of the film industry, who are most affected by the coronavirus lockdown.

Sharing the video, Amitabh Bachchan tweeted: “When you see that the cause is greater than the idea you dreamt of… There is just immense joy and gratitude for all my colleagues and friends in the making of this historic effort! We are one and we shall overcome!”

Here’s what Karan Johar tweeted about ‘Family’: “This is so amazing! So brilliantly and cleverly told! So rightfully said that we are one huge family! A family that creates and entertains! We stand by each other through thick and thin! Salute to Amitabh Bachchan and the entire team of actors and creators for making this!”

rubbalchauhan April 7, 2020
Previous Article ‘Sangeet Setu’ Singer Artists Care for India Telecasting on Boogle Bollywood
Next Article ‘One World: Together At Home’ – How Priyanka Chopra, Shah Rukh Khan, Lady Gaga And More Will Make The Virtual Event A Unique One