Women are changing the narrative stories from a neutral perspective. From commercial cinema to parallel cinema, women are producing films in all genres.

Here is some women producers name:

Deepika debuted as a producer in 2020 as she released the first film under her banner titled ‘Chhapaak’. A real-life story about an acid-attack survivor, the film created quite a fuss in industry, audiences. Deepika’s vision as a producer is to make the films that need a platform and have an important story to tell. She portrayed the lead character of Malti in ‘Chhapaak’, possibly one of the most difficult roles of her career in Bollywood.

Anushka Sharma co-founded her production house Clean Slate Films with her brother in 2014. With three wonderful films ‘NH10’, ‘Phillauri’ and ‘Pari’ released under the banner already. Anushka has shown the industry how to create strong stories headlined by women. Clean Slate Films, as the name, says that, collaborating with new storytellers to tell new stories with every film to the audience.

Dia has shown her versatility across the different roles she has played in her life, be it as an actor, a producer or a philanthropist. As the founder of her new production house ONE INDIA STORIES LLP, Dia always share meaningful narratives across different platforms. She is known to be experimental and is currently in conversation with many scriptwriters and filmmakers for more stories to share it with the audience. 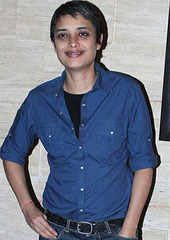 Reema Kagti’s directorial career has been inspiring for everyone and when she partnered with Zoya Akhtar to start their production house TIGER BABY FILMS, one could expect nothing but the best. Series like ‘Made in Heaven’, which revealed the truths about the wedding business or ‘Gully Boy’, India’s entry to the Oscars, Reema has been the mind behind some of the most iconic characters in Bollywood.