Dharmendra, Sunny and Bobby Deol are going to appear again on the screen with comedy. Yamla, Pagla Deewana re-trailer has been launched.

Dharmendra, Sunny and Bobby Deol pair are once again ready to reach among the audience. The trailer of the movie ‘Yamla Pagla Deewana re’ has been launched. This comedy is full of looks.

‘Yamla Pagla Deewana’ was released in 2011, which proved to be a box office hit. After this, the second part of the film was released in 2013, which received the average response. Now the multi-starrer film Yamla Pagla Deewana re-trailer was launched. In one of his songs, the line, Sonakshi and Salman are also seen. In the film, Shatrughan Sinha’s fame dialogue will also be silenced. It has been seen more than a million times. Please tell that Dharmendra and Shatrughan will pair up after 20 years. Last week, both actors have shot the film together. Whose picture surfaced on social media. Shatrughan Sinha will appear in the role of the judge in the film. Dharmendra will be seen in the lawyer’s role. Surely, Shatrughan’s entry will make the movie better.  It will be fun to see the courtroom drama of the film. Yamla Pagla Deewana … is being released on August 31. Sunny and Bobby Deol will also be seen in this.

Dharmendra-Shatrughan’s family has good bonding among themselves. Dharmendra treats Shatrughan Sinha as his younger brother. Both have worked together in films such as Friends, Blackmail and Third Eye. Yamla Pagla … will be seen in the comedy of father-son. It has been directed by Navneet Singh. The first part of the film was awesome, but the second part was the flop. Now the audience has great expectations from the third part. A good movie review can be a big part of the film. Deol Brothers‘ film business will get a boost from Word of mouth. 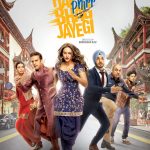