The trailer of a Punjabi upcoming period drama movie “Nadhoo Khan” is released today in a hotel. This movie is based on the story of Chanan, who wants to become a wrestler and despite his physical limitations. And his grandfather is the one who agrees on training him in one condition that he will stay away from women and only focus  in his training. But suddenly a twist comes into his life when he falls for a girl and afterward, he goes against girl brother in a wrestling competition.

This movie starring Harish Verma and Wamiqa Gabbi in the lead, written by  Sukhijindar Singh Babbal and directed by Imran Sheikh and produced by Harpreet Singh Devgan, Achint Goyal, and Rakesh Dahiya, under the banner of ‘Music Times’ and ‘Loud Rour Films’. Harish Verma said: This is his first-period drama film in which he will be seen in different looks and style and this movie will count as one of the best and most memorable movies. Wamiqa Gabby also concluded her words and said: “This is also her first-period drama movie in which she is playing the role of a small and fluffy girl who belongs from a small village. 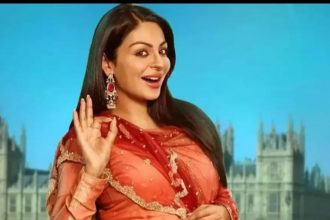