Thursday was the first death anniversary of Late legendary Bollywood actor Irrfan Khan. With a year of his absence, the actor par excellence is still hugely missed by family, fans and friends. On Thursday, several celebrities paid tribute to the versatile actor. Last year on 29th April, late legendary Bollywood actor Irrfan Khan passed away in Mumbai’s Kokilaben Dhirubhai Ambani Hospital. He breathed his last at the age of 53, after a long battle with a rare form of cancer – neuroendocrine Tumour. His health had been on the decline ever since he was diagnosed in the year 2018. His untimely demise left many shocked including his Indian and international colleagues. Many celebrities took to social media to pay their respects for the late actor and left words of condolences on his death anniversary.

Commemorating a year of his unfortunate demise, Irrfan’s 2012 superhit romantic drama The Lunchbox co-star, Nimrat Kaur paid him an emotional tribute on her twitter account.

Thank you for the gift of your life…🤍💫 #IrrfanForever pic.twitter.com/XDeTkZwQtj

Actress Kareena Kapoor Khan who worked with Irrfan in Angrezi Medium posted a smiling photo of Irrfan on her Instagram Story. Bollywood actress Radhika Madan, who played Irrfan’s daughter in Angrezi Medium, fondly remembered her on-screen father with an emotional note. While sharing a picture with the deceased actor, she wrote an anecdote on her Instagram. Actor Randeep Hooda took to his Instagram handle and quoted Irrfan’s dialogue from his 2012 movie Life of Pi.

While remembering Irrfan and the way he chose to lead his life, his wife Sutapa Sikdar and their son Babil penned emotional and deeply philosophical notes. Though, it has been over a year of his absence, he still manages to rule millions of hearts. The actor who was last seen in Homi Adajania’s comedy film Angrezi Medium had an impressive career in Bollywood spanning over 30 years. He starred more than 100 movies such as Paan Singh Tomar, Hindi Medium, Life in a Metro, Piku and Qarib Qarib Single. The veteran bollywood actor also featured in Hollywood films like Jurassic Park, Inferno, Life of Pi, Slumdog Millionaire, and The Amazing Spider-Man. 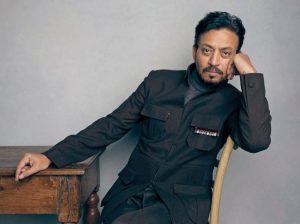 Recently, the Academy and Golden Globe Awards paid tribute to the late actor.