Last year on Diwali, Bollywood actor Akshay Kumar announced his next project titled, ‘Ram Setu’. While sharing the poster of the film on social media, the actor did not reveal much about the cast. But according to latest updates, Jacqueline Fernandez and Nushrratt Bharuccha have been finalised for Kumar’s forthcoming project. Since things started to clear out after the pandemic, superstar Akshay Kumar has been working on back to back projects. Be it Bell Bottom, Bachchan Pandey or Atrangi re, Kumar has been continuously working. Last year Kumar took to social media and announced another project titled Ram Setu. 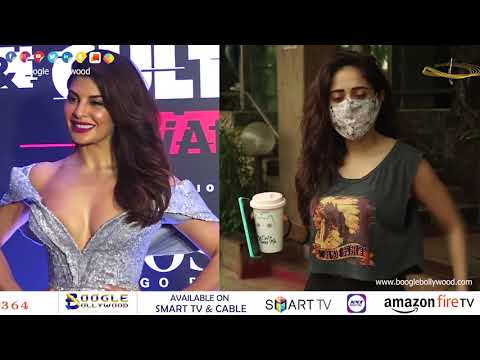 Kumar shared a poster of Ram setu and wrote, “This Deepawali,let us endeavor to keep alive the ideals of Ram in the consciousness of all Bharatiyas by building a bridge(setu) that will connect generations to come. Taking this mammoth task ahead,here is our humble attempt – #RamSetu”

This Deepawali,let us endeavor to keep alive the ideals of Ram in the consciousness of all Bharatiyas by building a bridge(setu) that will connect generations to come.
Taking this mammoth task ahead,here is our humble attempt – #RamSetu
Wishing you & yours a very Happy Deepawali! pic.twitter.com/ZQ2VKWJ1xU

In the poster Khiladi Kumar was seen wearing a long hairdo and a grey shirt, cargo pants with a saffron scarf around his neck. He walked down a narrow strip of land that divides the ocean. Kumar donned an intense look and carried a shoulder bag. In the background of the poster was an image of Lord Ram.

It was later said that Ram Setu will be shot in Ayodhya. Kumar said that he had discussed the same with the chief minister of Uttar Pradesh, Yogi Adityanath. Latest updates revealed that two actresses have been roped in to play important parts in the movie. One being Jacqueline Fernandez and other one is Nushrratt Bharuccha. Jacqueline has already shared screen with Akshay but this will be the first time Nushrratt will be working with him. There are a lot of details to be uncovered regarding their roles and the plot of the film, but the shooting is said to begin mid this year. The movie is slated to release on Diwali this year.

Ram Setu is backed by Akshay and Dr Chandraprakash Dwivedi and will be directed by Abhishek Kapoor. Apart from Ram Setu, Akshay has a lot in his plate. His upcoming cop drama Sooryavanshi with Katrina Kaif is all set to release. He will be seen playing a RAW agent in Bell Bottom and will be essaying the role of Prithviraj Chauhan in Prithviraj. Recently he made news with his looks in his next project Bachchan Pandey that he is currently shooting with Jacqueline. He also has Atrangi Re with Sara Ali Khan and Dhanush. He has also announced Raksha Bandhan among his other projects.

Seems like Akshay will be having a packed 2022 as well.