Panchayat, an Amazon Original Series, will premiere its second season on May 20.
Jitendra Kumar, Raghuvir Yadav, and Neena Gupta will reprise their roles in the hugely successful comic drama Panchayat season 2, directed by Deepak Kumar Mishra.In its second season, the lighthearted entertainment series will take the audience on Abhishek’s amusing and harrowing journey as secretary of a panchayat office in Phulera.Beginning with the first season, the tale focuses on Pradhan, Vikas, Prahlad, and Manju Devi’s connection, as well as Abhishek, who has made himself known in Phulera’s life. Panchayat season 1 has given the audience a thriving experience.

The well-timed dialogues and circumstances that keep you laughing throughout the series are the aspects what keep the show running. There are no major dramatic moments, but the slice-of-life approach interspersed with humour, as well as the accompanying music, are highly praised. The screenplay (Chandan Kumar), which accurately portrays the essence of rural life, and the performances by a brilliant cast are ultimately the trump cards in this film. The eccentricities of the characters provide a good counterpoint to each other while remaining realistic and, luckily, not one-dimensional. Team Panchayat is up against a new foe who is going to wreck havoc in their life as they traverse the complexity of the hamlet.Panchayat S2 is sure to strike a chord with viewers and keep them delighted throughout, thanks to its great performances and feel-good moments.Following the popularity of shows such as Panchayat S1 and Hostel Daze S1-2, the series enhances Prime Video’s partnership with The Viral Fever (TVF).
On the 20th of May, Panchayat S2 will be released on Prime Video in India and 240 other nations and territories around the world. 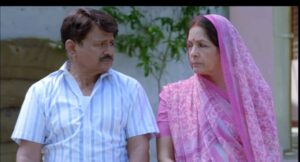 Amazon has brought a wide range of entertaining series. The series like Patal Lok,Mirzapur,Made In Heaven, The Family Man, Sacred Games,Tandav etc. have received tremendous love from the audience. Other than Panchayat season 2,Amazon is all set to release Family Man season 3 and Mirzapur season 3.

I was scared, I had insecurities: Priyanka Chopra on keeping mum about her bitter...