In January this year, bollywood actor Paresh Rawal replaced late actor Rishi Kapoor in his last film Sharmaji Namkeen. The actor has now resumed the shoot for the movie. Kapoor, who played the central character in the movie, took his last breath on 30th April last year at the age of 67. 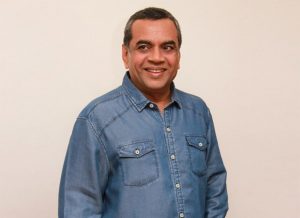 Paresh Rawal was roped in by makers of Sharmaji Namkeen after the untimely demise of legendary actor Rishi Kapoor.  Rawal stepped in the shoes of Kapoor and started shooting for the remaining portions in March this year. While the actor had shot for some portions of the film, the shoot was put on hold due to the lockdown-like situation in the country.

But as the government of Maharashtra has announced some ease in lockdown restrictions, the film is back on floors. According to an entertainment site, Paresh Rawal has resumed the shoot for an important sequence at a school in Goregaon, Mumbai. The veteran actor along with the whole team will shoot for a week long schedule after which the movie will wrap up and go for the post production process.

Rishi had started filming on the project just days after the death of his sister, Ritu Nanda. Reports suggest that the makers are aiming to release the film on the occasion of the birth anniversary of Rishi Kapoor.

The movie which also features Juhi Chawla and Satish Kaushik, is a comedy drama revolving around a 60-year-old who discovers the joy and perks of life post-retirement. 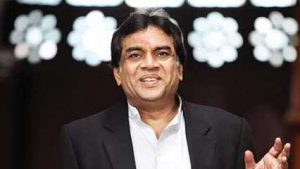 Sharmaji Namkeen is being helmed by Debutante filmmaker Hitesh Bhatia and bankrolled by Excel Entertainment in association with casting director Honey Trehan and Abhishek Choubey under their banner MacGuffin Pictures.

The movie will hit the silver screen on Rishi Kapoor’s birth anniversary on September 4.