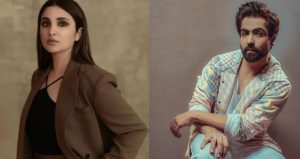 Bollywood actress Parineeti Chopra was seen in not one but three films in a span of a month. She started this year with the release of her film The Girl on the Train on Netflix. It was followed by the theatrical release of Dibakar Banerjee’s Sandeep Aur Pinky Faraar, co-starring Arjun Kapoor. A week later, she was seen in Saina, which was also released in cinemas. The biopic was based on the life of ace badminton player Saina Nehwal. 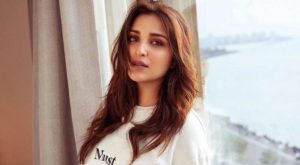 The unstoppable actress has yet again started shooting for another project. A source revealed that Parineeti is shooting for an action thriller in Turkey which is being directed by her ‘The Girl on the Train’ director Ribhu Dasgupta. The film which marks the first collaboration of Parineeti and Harrdy Sandhu has started the shoot in Turkey. (Bollywood Hungama) The source spilled some more beans and talked about the ongoing shoot8 amid the rising corona virus cases in the country. It said that the film is progressing well and the unit is taking care of all safety and COVID-appropriate measures. The makers have decided not to publicise the aspect, and the reason for the same remains unknown.

Touted to be an action thriller, the movie is a revenge flick in which Parineeti will be essaying the role of a secret agent. It will be produced by Reliance Entertainment and will also star Rajit Kapur, Kay Kay Menon and Dibyendu Bhattacharya. Some reports also suggest that the film has an Indo-Pakistan backdrop.

Formal announcement of the project will be done in future. On the other hand, Harrdy will soon be seen in the sports drama film, 83. The film is helmed by Kabir Khan and Harrdy will be playing the role of cricketer Madan Lal. It is slated to release on June 4, 2021.