Shah Rukh Khan, Deepika Padukone and John Abraham starrer Yash Raj Films Pathan has been in limelight as it was announced that the movie will mark the comeback of SRK after almost 3 years. The much awaited action packed entertainer was earlier going to release on Diwali this year, but according to the latest update the movie will now release in 2022. King of Bollywood, Shah Rukh Khan was last seen in the movie Zero which released in 2018. Since then King Khan was on a sabbatical from acting. Everyone was waiting for him to get back on silver screen and made several speculations about his next project. His fans got a huge relief when the movie ‘Pathan’ was officially announced. The movie not only features SRK but also stars Deepika Padukone and John Abraham. 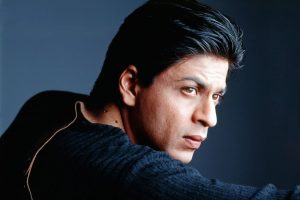 Earlier the much awaited flick was set to release on Diwali in 2021, but few days back sources suggested that the movie will not release on the announced date. The movie will now release in the first quarter of 2022 instead as the film is still being shot. However the production house or the actors gave no heads up to such rumours. On Sunday, Film critic Taran Adarsh confirmed that the movie will be releasing next year. He took to his social media and wrote, “#BreakingNews… #Pathan – which marks #SRK’s return to the big screen after a hiatus – will release in 2022… Not 2021… #SRK collaborates with leading production house #YRF after a long gap.”

#BreakingNews… #Pathan – which marks #SRK’s return to the big screen after a hiatus – will release in 2022… Not 2021… #SRK collaborates with leading production house #YRF after a long gap. pic.twitter.com/UdqTsdAoBp

SRK alongside Deepika will be seen in a different look in Pathan. Moreover, the movie will also have a cameo of actor Salman Khan. Though the makers have successfully managed to keep the movie details under the wraps, but reports suggest that John will be playing the role of the main antagonist. While Yash Raj Films has decided to hold on to Pathan until 2022, the production house will be releasing 5 five star-studded movies this year. YRF has announced the release dates of Akshay Kumar and Manushi Chillar starrer Prithviraj.