The Nikhil Siddhartha-starring film is having an amazing collection in the second week. The mythological drama has performed well across the Telugu states despite facing little to no competition at the box office. The movie saw a huge rise from  Rs 7 lakh being the opening day haul in the Hindi region. As of Monday, Karthikeya 2 has collected a lumpsum of Rs 16.30 crore. Over the weekend, the movie became the top choice among the viewers.

Karthikeya 2, which was written and helmed by Chandoo Mondeti, was released on a Saturday (August 13), taking advantage of the extended holiday weekend. According to various analysis and reports, the Hindi adaptation of the film is performing well commercially. Praise for the movie’s outstanding performance, which saw its second weekend take nearly double that of week one, came from critics. The movie had received amazing responsed an earned a total of rupees 16.30 Crores. To everyone’s amazement, Karthikeya 2 has bypassed the Bollywood films “Raksha Bandhan” with Akshay Kumar, “Laal Singh Chaddha” with Aamir Khan, and “Dobaara” with Taapsee Pannu. The movie starring Nikhil Siddhartha, which debuted on August 13, earned Rs 75.33 crore globally. Positive reviews were given to it for its humour, action, and upbeat music.The Telugu states alone saw the movie make over 38 crores, and the figures from the overseas market were also positive.Anupama Parameswaran plays the lead role in the Chandoo Mondeti film. A secret that is buried beneath the sea close to Dwaraka is sought for in the mystery-thriller Karthikeya 2. The trio of Nikhil, Anupama, and actor Srinivas Reddy are on a quest to solve a mystery that would take them across a high sea. Anupam Kher also appears in the movie. The first part of the movie was released in the year 2014. Abhishek Agarwal Arts and People Media Factory are the presenters. 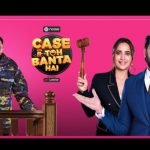 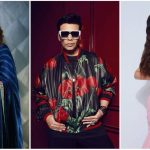