The teaser of the much awaited Telugu romantic drama, Radhe Shyam starring Prabhas and Pooja Hegde, has been unveiled by the makers on Valentine’s day. The release date of the project has also been announced on social media. On Valentine’s day, Bahubali star Prabhas has gifted his fans with the teaser of his upcoming movie, Radhe Shyam.  Going by the visuals the movie looks like an epic tale of romance between the actors. 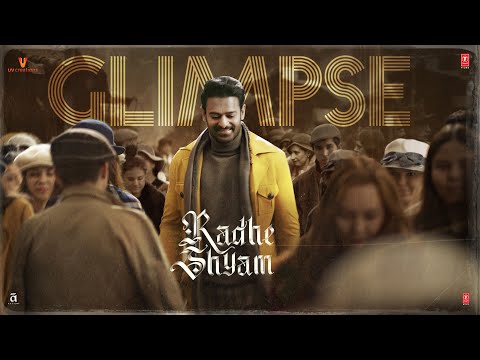 The teaser opens with Prabhas confessing his love to Pooja in Italian language. Pooja ignores his confession with a smile and the scene is extremely romantic. The whole setup is done at a train station. The teaser ends with Pooja asking Prabhas if he is a Romeo. To which he says he’s no Romeo to die for his love. The movie will hit cinemas on 30th July, 2021. It will release in Telugu, Tamil, Hindi, Kannada and Malayalam languages.

Radhe Shyam is said to be love saga in which Prabhas is expected to play the role of a palm reader and Pooja Hegde as a music teacher. The movie is being helmed by Radha Krishna Kumar. Prabhas and Pooja have joined hands for the first time in this Krishna Kumar directorial. Radhe Shyam is produced by UV Creations and T-Series. The project went of floors last January. Despite the pandemic, the team successfully managed to wrap up the Georgian schedule and returned to India safely. Earlier, a source revealed about the back to back projects of Prabhas and said, “Prabhas has been working a lot during this lockdown, he has gone through a lot of scripts, all from different genres because he wants to further explore the actor in himself. He has been selecting films that will challenge him and help him grow, all his announcements are very different from each other, further proving the scale of versatility that he possesses.”

Apart from Radhe Shyam, Prabhas has two more projects in his kitty. The projects include, the pan India science fiction film with Mahanati director Nag Ashwin. The other project is the yet to be titled movie with Deepika Padukone, who will be making her Telugu debut with the film. Prabhas also has a multilingual epic film titled Adipurush in the offing.