In a fresh remark, Prakash Jha expresses his disdain with Bollywood stars. In his recent interaction he speaks on bollywood actors and their acting skills and also mentions that he don’t like working with the bollywood actors as they don’t precisely know how to act.
Prakash Jha is a much renowed name in the film industry. He has done several projects like Rajneeti, Chakravyu, Satyagraha, Gangajaal, Pareeksha, Lipstick Under My Bhurkha, Apaharan, Aarakshan etc. His works have been appreciated by a massive and huge group of audience post release. 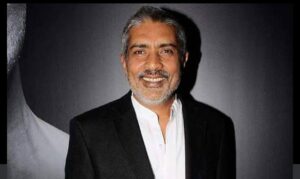 In a new interview, film producer and director Prakash Jha expressed his anger with actors working in India. Prakash has won National Film Awards for documentaries like Faces After The Storm (1984) and Sonal (2001). (2002). Aashram, a critically acclaimed MX Player production, was directed by Prakash.
During a recent media interaction Prakash Jha spoke on how dillusioned he was about the actor working here in India. They have . He further added that actors of bollywood usually don’t know what entails they have to present in their character and neither of them bother to ask about the time, shoot location and the script. And that is what is the difference between the actors of Hollywood and Bollywood. Hollywood actors have been dedicated and are use to practice to have their characters entangled with them unlike ollywood actors.
Prakash discussed about the controversies surrounding his films in his early interviews and media interactions . He said that it’s common that pre release of his films people would go to the court, government would outlaw his films and many other such things taking place but once the films gets released everything gets silent.