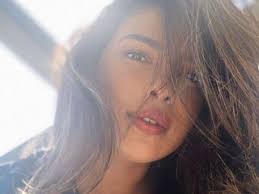 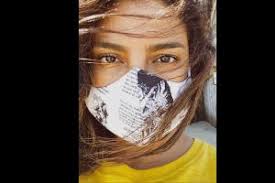 Priyanka Chopra, who is currently in Los Angeles with her husband Nick Jonas, shared a glimpse of what her day out after 2 long months. Priyanka shared a post

Fashion designer Manish Malhotra commented on Priyanka’s post: “Your eyes sparkle always.” Earlier this year, Priyanka described the phase of quarantine as “crazy.” She said in a video, “This is such an insane time and all of our lives have been completely turned upside down. It feels like something out of a movie but it is not.”

Priyanka began the week by sharing a super cute picture with her pet dog Gino Jo and she wrote: “Sunshine is better with cuddles.”

Priyanka will next be seen in Netflix’s adaptation of ‘The White Tiger’, co-starring Rajkummar Rao. She also has the superhero film ‘We Can Be Heroes’ and a film with comedian Mindy Kaling in the pipeline. She also has Amazon’s web-series ‘Citadel’. The actress also announced the ‘Sangeet Project’ with Amazon Prime.