On Thursday, Film critic Viral Bhayani made an official announcement of the web series ‘Art of war’ produced by prolific filmmaker Firoz Nadiadwallah. 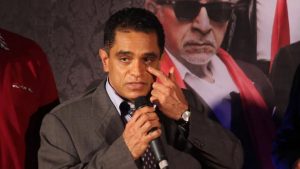 The web series titled Art of War is touted to be a series which will be made on a topic that has never been covered by the Bollywood industry.

While sharing a picture of Firoz Nadiadwallah, Viral Bhayani wrote in the caption, “Ace Producer #FirozANadiadwallah presents his highly anticipated web series and film titled #ArtOfWar – No Retreat No Surrender on a subject that was never touched before – currency counterfeiting.” Last year, Firoz Nadiadwala came into limelight after his house was searched by Narcotics Control Bureau in connection to a drugs case. His wife Shabana Saeed was arrested and he was summoned to appear in front of the agency.

On work front, Firoz had produced many multi-starrer hit comedies in Bollywood. He belongs to the popular Nadiadwala family of filmmakers as he is the grandson of producer A K Nadiadwala and cousin of filmmaker Sajid Nadiadwala. Firoz made his debut in production with the 1983 film Ver Na Valamna starring Aruna Irani. He was then involved with the megahit comedy franchise Hera Pheri. The first part of Hera Pheri was bankrolled by his father whereas Firoz produced the second installment, Phir Hera Pheri. He will also produce Hera Pheri 3 starring Akshay Kumar, Suniel Shetty and Paresh Rawal. Firoz has also given Bollywood another successful franchise of Welcome in 2007 and 2015. His other productions consist of Aarakshan, Deewane Huye Pagal, Kartoosh and Aan.