The head of production house ‘Ashtavinayak Cinevision’, Raj Mehta who was in custody for seven whole year’s along with his son Dhillin Mehta, who is a Managing Director were granted conditional bail on 29th September 2021. Both father and son were taken into custody on 25th April 2015. After their arrest, the three executive directors of Ashtavinayak Cinevision; Dhaval Jatania, Rupen Amlani and Hiren Gandhi were also imprisoned on 10th May 2017, for allegedly being involved in a huge scam of Rs 824 crore. While the trio was released from jail in 2018, after serving a sentence of 1 year, Raj Mehta will be released now after 6.5 years of imprisonment on conditional bail. 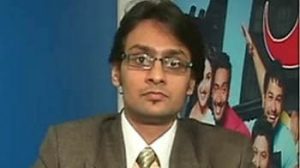 Ashtavinayak Cinevision has produced several big-budget films under their banner like; Golmaal series, Blue, Jab We Met, Rockstar and Kidnap and many more.