On Tuesday, the Kapoor family lost another member in close succession. Late actor-producer Raj Kapoor’s youngest son, actor Rajiv Kapoor suffered from massive heart attack after which Randhir Kapoor rushed him to Inlaks Hospital. The doctors declared him dead on arrival. The actor was the brother of late actor Rishi Kapoor, and actor Randhir Kapoor. 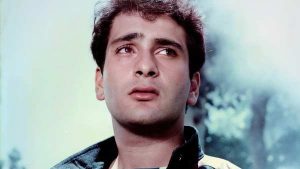 Rajiv’s friends from the industry took to social media and paid their tributes.

Veteran singer Lata Mangeshkar wrote on Twitter, “I have just come to know that Raj Kapoor’s younger son Rajiv Kapoor has passed away. I was very sad upon hearing this. May the Almighty grant his soul peace, this is my prayer.”

Actor Neil Nitin Mukesh wrote, “Devastated!! Another big loss to the family one of my most favourite people in the world. Love him so so dearly. Don’t remember a Happy Moment without him. Chimpu uncle we will miss you.”

Devastated!! Another big loss to the family 🙏🏻 one of my most favourite people in the world. Love him so so dearly. Don’t remember a Happy Moment without him. Chimpu uncle we will miss you. 💔 RIP 🙏🏻. pic.twitter.com/wUPAfn4eJd

Actor Rajiv Kapoor was seen in the superhit film, Ram Teri Ganga Maili in 1985. Though he made his acting debut in 1983 with Ek Jaan Hain Hum, but none of his films could touch the success of Ram Teri Ganga Maili. He starred opposite Mandakini in the movie. Rajiv featured in multiple films such as Aasmaan (1984), Lover Boy (1985), Zabardast (1985). He was also the director of ‘Prem Granth’, starring Rishi Kapoor.