Bollywood actor Akshay Kumar opted out of Mudassar Aziz’s upcoming project as the dates were clashing with other dates. The film has now finalised another actor.  Rajkummar Rao and his co-star in Stree, Shraddha Kapoor has been reportedly roped in for the film. Kesari star Akshay Kumar is known for releasing 3-4 films in a year. After the lockdown ended, he started to wrap up his current shoots and also signed more back to back films. The actor is currently busy shooting for Bachchan Pandey in Jaisalmer and reports suggest that he has approximately 10 projects in the pipeline. Due to his hectic schedule, the actor has reportedly walked out of an already signed film. 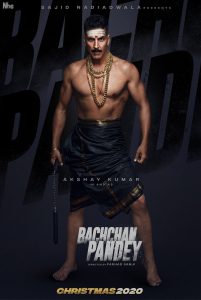 A source revealed, “Due to conflicting schedules, Akshay has decided to move out of this film. He has instead collaborated with Jackky on Mission Lion.”

According to reports, after Kumar opted out of the project, Rajkummar Rao was signed for the project. The movie is said to be a light hearted comedy film directed by Mudassar Aziz and produced by Jackky and Vashu Bhagnani. Apart from Rajkummar, the reports also revealed that the film will also feature actress Shraddha Kapoor and is expected to go on floors this year only. If the reports are to be believed than this project would be the second collaboration between Shraddha and Rajkummar after Stree. Akshay signed director Mudassar Aziz’s comedy in November 2020 but he had to leave the project due to date issue. Mudassar is known for his light-hearted films like Pati Patni Aur Woh in 2019, Happy Bhag Jayegi in 2016, and Happy Phirr Bhag Jayegi in 2018.

Other than this project Akshay Kumar has a lot in his plate. He will be very busy for the next two years. He will be soon featuring in Bell Bottom, Atrangi Re, Prithviraj, Bachchan Pandey, Raksha Bandhan and Ram Setu. Rohit Shetty’s Sooryavanshi starring Akshay is expected to release on April 2, 2021.

Meanwhile, Rajkummar Rao is currently shooting for Badhai Do opposite Bhumi Pednekar in Manali. His movie Roohi alongside Jhanvi Kapoor is also set to release. On the other hand, Shraddha Kapoor has started shooting for Luv Ranjan’s untitled film with Ranbir Kapoor.

Rana Daggubati starrer ‘Haathi Mere Saathi’ trailer to be out on...