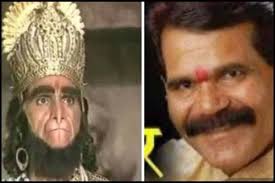 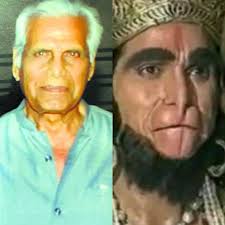 Actor Shyam Sundar Kalani, who played the role of Sugreev in Ramanand Sagar’s 1987 series Ramayan, has passed away. The actor was suffering cancer and he lost his battle with cancer on April 6. The actor was known for his role Sugreev and Bali in the popular show Ramayan. His sudden demise shocked his Ramayan co stars.

Actor Sunil Lahri, who played the role of Lakshman shared a  note for Shaym Sundar Kalani on Twitter. He wrote, “Very sad and sorry to hear sudden demise of our colleague Mr Shyam Kalani who played role of sugriv and Bali with us in Ramayan God give peace to his soul and strength to his family to face irrecoverable loss…. RIP”.

Recently, Doordarshan started telecasting mythological series “Ramayan” from Saturday on public demand. On its first week the show break TRP records. According to an official statement released by the Ministry of Information and Broadcasting on Thursday, the show has managed to earn the highest-ever rating for a Hindi General Entertainment Channel (GEC) programme since 2015 when the Broadcasting Audience Research Council (BARC) started measuring the television audience.