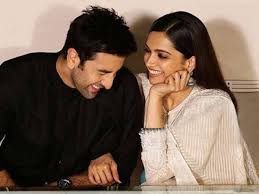 Sanjay Leela Bhansali’s upcoming film, ‘Baiju Bawra’ has been in the news since the filmmaker announced the movie. There were many names for the lead star cast. Now, according to news, filmmaker has approached Ranbir Kapoor and Deepika Padukone for the movie. While the talks are still on, neither of the two has signed the dotted lines yet.

Sanjay  has worked with Ranveer and Deepika for three times in, ‘Goliyon Ki Raasleela-Ram Leela’, ‘Bajirao Mastani’ and ‘Padmaavat’. The report added that he will work with Ranveer again in the future, but he doesn’t want to repeat the pairing of the real-life couple for the fourth time.

Ranbir, on the other hand, will be reuniting with the filmmaker after his debut film, ‘Saawariya’.

Apart from this, Ranbir and Deepika will also be seen in Luv Ranjan’s next. The onscreen couple was last seen in Imtiaz Ali’s ‘Tamasha’.

On the work front, Ranbir will next be seen in Ayan Mukerji’s ‘Brahmastra’ along with ladylove Alia Bhatt. Deepika, on the other hand, has films like, Kabir Khan’s ‘’83’ with Ranveer Singh, Shakun Batra’s untitled next with Ananya Panday and Siddhant Chaturvedi. She has also announced ‘Mahabharat’ which will be from the point of view of Draupadi.