Bollywood heartthrob Ranbir Kapoor came into limelight after his acting debut in Sanjay Leela Bhansali’s Saawariya in 2007. Since his debut he had been a part of several hit projects in the industry. But not many people know that Ranbir featured in a short film titled Karma before he entered mainstream media. Ranbir who had starred in movies like Barfi, Raajneeti, Rocket Singh: Salesman of the Year among others, appeared in Karma directed by legendary BR Chopra’s grandson, Abhay Chopra.  They shot for the film in the year 2004, when Ranbir was studying at a film institute. The 26 minutes fictional drama will now be screened at the Bandra Film Festival’s Youtube Channel on 5th of May 2021.

The film which will be showcased under the ‘A Point Across’ category, revolves around capital punishment in India. Karma depicts the dilemma of a jailer who has to perform execution of his own son. The movie was also nominated for Student Oscars. 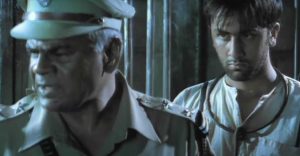 Karma has a stellar star cast. Sharat Saxena of Ghulam, Bajrangi Bhaijaan fame, plays the lead role of the jailer. Milind Joshi and Sushovan Banerjee star in other pivotal roles.

Director Abhay Chopra opened up about the film and said, “The year I made this film, capital punishment was a part of every prime-time debate and churned out scores of opinion pieces and cover stories. India saw the hanging of Dhananjay Chatterjee for the rape and murder of Hetal Parekh which fuelled these debates. Karma is fiction but heavily inspired from reality. If you notice carefully, the debate on capital punishment did not get over with the Dhananjay case, every crime that gets National media’s attention almost always rakes up this topic.” While recalling the fond memories of working with Ranbir Kapoor, Abhay said, “I have fond memories of directing Ranbir Kapoor, he had not even started his career back then, such an effortless actor. Acting really runs through his veins. Sharat Saxena has done a phenomenal job in the film and such powerful screen presence. I’m glad I could tell this story and that it is getting an extended viewership on Bandra Film Festival.”

The ‘A Point Across’ category in the Bandra Film festival also includes two more fabulous films. A feature length hard hitting documentary titled A Thin Wall and Backdrop which is a short portraying a patriotic glimpse at the Wagah border ceremony.

The films are now live on BFF’s Youtube channel.

Bandra Film Festival is a digital film festival presented by Filmkaravan in collaboration with YouTube.

Ranbir Kapoor’s first ever short film, Karma to be screened at...

‘Radhe: Your Most Wanted Bhai’ to use revenue generated by the...